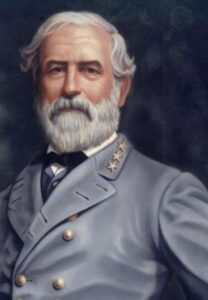 At the end of the battle at Gettysburg, a wounded Union soldier lying on the battlefield saw that General Lee was riding nearby. He raised himself, shook his fist, and shouted, “Hurrah for the Union!” General Lee dismounted and walked over to where the wounded man lay. The soldier later said, “I thought he meant to kill me, but as he came up, he looked at me with such a sad expression upon his face that I wondered what he was about.”

General Lee reached down and held the Union soldier’s hand, “My son,” he said, “I hope you will soon be well.” The soldier later commented, “If I live a thousand years, I shall never forget the expression on General Lee’s face. There he was, defeated, retiring from a field that had cost him and his cause almost their last hope, and yet he stopped  to say words like those to a wounded soldier of the opposition who had taunted him as he passed by!”

After the Civil War ended, on a warm spring day in Richmond at St. Paul’s Episcopal Church, the minister stood at the front to administer communion. A black man came forward and knelt at the rail. The minister and the entire church were aghast. This was just simply not done. Blacks and whites did not ever take communion together. Everyone in the church froze, not knowing what to do.

Amid this awkward silence, a white-haired gentleman stood and, with stately dignity, walked to the front and knelt next to the black man. It was General Robert E. Lee. Following the general’s lead, the rest of the congregation came forward and for the first time in history, a black man was administered communion along with whites. 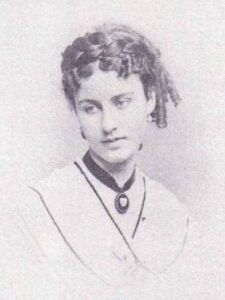 Thirty-some years later, on June 13th, 1902, Mary Custis Lee, daughter of Robert E. Lee, boarded a streetcar and sat down in the back with the blacks. Again, this was something that just wasn’t done. The conductor ordered her to move to the white section. She refused. He threatened to have her arrested. She still refused and was detained by the police. She posted five dollars bail to be released. Robert E. Lee, a devout Christian, had passed on his godly unbiased attitudes to his children.

General Lee was opposed to slavery. Before the Civil War, Lee inherited slaves from the estate of his wife’s father. He freed them after making arrangements for them to be self-sufficient. He did have concerns about the fervor of some abolitionists. He worried that the abolitionist movement had unwise intentions that, as Lee put it, would “only be accomplished by them through the agency of a civil and servile war.” Having seen war, General Lee wanted to avoid the horrors that such a conflict would bring. He wrote to his wife, “In this enlightened age, there are few I believe, but what will acknowledge that slavery as an institution is a moral and political evil in any country…emancipation will sooner result from the mild and melting influence of Christianity, than the storms & tempests of fiery controversy.”

In other words, General Lee desired that men would allow their hearts to be changed by Christ so that slavery could end peaceably, without turmoil and bloodshed. General Lee’s vision of an amicable end to American slavery was not without precedent. Other countries had recently abolished it without war. Russia, the United Kingdom, Argentina, Peru, and Venezuela had all ended slavery in the 1850s without violence. Lee saw his hopes dashed when the South seceded from the Union, an act which he considered unwise. But he was conflicted over what to do about it. Lee stated, “I look upon secession as anarchy. If I owned the four millions of slaves in the South, I would sacrifice them all to the Union; but how can I draw my sword upon Virginia, my native state?”

Both North and South bragged they could quickly whip the other. Lee’s foresight is evidenced by his words of wisdom: “They do not know what they say. If it came to a conflict of arms, the war will last at least four years. Northern politicians will not appreciate the determination and pluck of the South, and Southern politicians do not appreciate the numbers, resources, and patient perseverance of the North. Both sides forget that we are all Americans. I foresee that our country will pass through a terrible ordeal, a necessary expiation, perhaps, for our national sins.”

President Lincoln offered Lee command of all the Union armies, but he declined, for he was strongly opposed to an 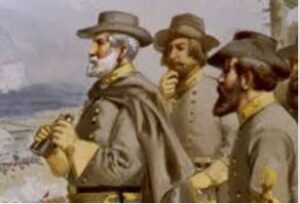 invasion of the South. Lee said, “A Union that can only be maintained by swords and bayonets, and in which strife and Civil War are to take the place of brotherly love and kindness, has no charm for me.” With sadness Lee wrote, “With all my devotion to the Union, and the feeling of loyalty and duty of an American citizen, I have not been able to make up my mind to raise my hand against my relatives, my children, my home. I have, therefore, resigned my commission in the Army.”

President Lincoln ordered the invasion of the southern states not to end slavery but to preserve the Union. He had already promised the South that he had no intention of freeing slaves in states where slavery already existed. General Lee fought for the South not to keep slavery but because the North invaded his home state of Virginia. If Lee had not fought for the South, the war likely would have ended much sooner, possibly before Lincoln decided to free the slaves, which he didn’t do until the second year of the war, and even then, merely as a war measure, freeing slaves only in states that were in rebellion. If Lee had not checkmated Union forces at every turn, the war might have ended much earlier, and President Lincoln might have never issued the Emancipation Proclamation.  It is ironic that Lee’s military genius, by extending the war, resulted in freedom for the blacks. It is noteworthy that both Lee and Lincoln perceived the war as a judgment from God for America’s sins. At the war’s conclusion, President Lincoln aptly expressed the enigma of that fiery conflict, “Both read the same Bible and pray to the same God, and each invokes His aid against the other…the prayers of both could not be answered. That of neither has been answered fully. The Almighty has His own purposes.” 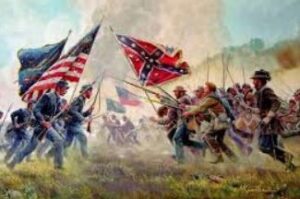 The long four-year bloody clash did result in the end of slavery, but as Lee feared, the conflict brought many decades of killing and animosity toward blacks that continued into the next century. New estimates put the military death toll at 750,000, which does not count the civilian deaths nor the lynching and marauding that went on for years afterward. Both General Lee and President Lincoln wanted to avoid war and were saddened that it had come to Americans killing Americans. Once the nation had let slip the dogs  of war, the most powerful men of North and South were helpless to vanquish the bloody terrors released from Pandora’s box. True is the proverb, “To start a conflict is to release a flood; stop the dispute before it breaks out.” (Proverbs 17:14)

After Lee’s surrender at Appomattox, Lee used all his influence to persuade other fighting men to lay down their arms and become loyal citizens to the United States. He advised southerners not to instill rebellion in their children, “Remember, we are all one country now. Dismiss from your mind all sectional feeling, and bring them up to be Americans.” Regarding emancipation Lee wrote, “I am rejoiced that slavery is abolished. I believe it will be greatly for the interest of the South. So fully am I satisfied of this that I would have cheerfully lost all that I have lost by the war, and have suffered all that I have suffered to have this object attained.” 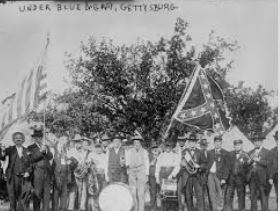 Lee discouraged the display of statues and Confederate flags. He was not opposed to honoring the bravery of the fallen. He did not want to erase history. Lee once wrote, “A nation which does not remember what it was yesterday does not know where it is today.” He simply did not want to risk reigniting a partisan passion for more war. The wounds were too raw. “I think it wiser not to keep open the sores of war,” said Lee in regard to Civil War monuments being erected only four years after the end of the war. But as the years passed, this danger dissipated. In fact, Civil War monuments became instrumental in healing the rift between North and South. People began to view all the soldiers, both Union and Confederate, as brave Americans worthy of recognition. Civil War memorabilia and statues were welcomed in honor of the courage of American forces on both sides. Soldier reunions featured parades of men marching in friendship, Union and Confederate walking side by side while carrying both the Confederate battle flag and the Stars and Stripes. Magnanimity replaced mayhem. The horrors of war taught them the value of tolerance. 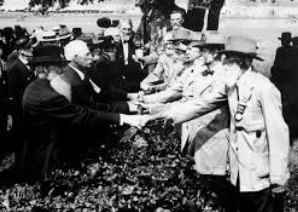 Today uneducated malcontents ignorant of history are tearing down statues of Robert E. Lee. They know not what they do. Such men should be honored, not denigrated. General Robert E Lee was a thoroughly good man, a sincere Christian, an opponent of slavery, a lover of all men in both North and South, whether black or white. He was unequivocally an American patriot.  General Lee was loved and honored throughout the South. His life was an example of how discipline and hard work bring success. He graduated first in his class at West Point Military Academy and was the only one to never receive any demerits. General Winfield Scott asserted, “Success in the Mexican War was largely due to Robert E. Lee’s skill, valor and undaunted energy.” He was a military genius whose tactics are studied in war colleges even today.

Yet he always remained quite humble. He once responded, “I can only say that I am nothing but a poor sinner, trusting in Christ alone for salvation.” Lee would not have wanted a statue of himself erected, and he probably would not mind having his statue removed. But I mind and we should all mind. He is an American icon who led an exemplary life. He is history. He is memorable. He is part of the fabric of America. He is us. To quote Lee, “A land without memories is a people without liberty.” 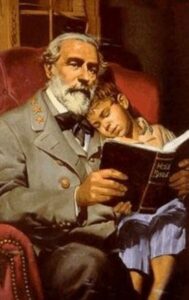 General Lee lived only five years after the end of the war. He spent that time devoted to the students of Washington College, where he was president. After he passed, the former Confederate President Jefferson Davis delivered a eulogy of Robert E. Lee, a fitting epitaph to his life. He said, “This good citizen, this gallant soldier, this great general, this true patriot, had yet a higher praise than this or these; he was a true Christian.”