The Origin of the Papacy

The Bible clearly teaches that Peter was not the first pope and that he was simply one of the apostles of Jesus (see Pinedo, 2008a; 2008b). The question remains: “When did the papacy begin?” Since the Bible authorizes no hierarchy like the papacy, we will focus our attention on history to learn how it came into existence.

When Christ established His church in the first century (A.D. 30; cf. Acts 2), “He Himself gave some to be apostles, some prophets, some evangelists, and some pastors [i.e., bishops or elders] and teachers” (Ephesians 4:11). Jesus never elevated one bishop over others, but rather established an equable office for service. Sadly, man deviated from the original biblical pattern in search of power, honor, and deification. The first indication of this deviation was the distinction among the terms “bishops,” “elders,” and “pastors”—titles which the New Testament writers used interchangeably (e.g., Acts 20:17,28; Titus 1:5,7; 1 Peter 5:1-4). The title “Bishop” was given more significance and applied to only one man who was given sole authority over a local congregation, unlike bishops during apostolic times (cf. Acts 14:23; 15:4; 20:17; Titus 1:5; James 5:14). Soon, the “Bishop” ruled over not only one congregation, but over a “diocese,” several congregations in a city or an entire district (see Miller and Stevens, 1969, 44).

With the influence of Constantine (A.D. 280-337), who made Christianity a “religion of power,” the bishops strengthened and increased their privileges. During this time there were five metropolises: Rome, Alexandria, Antioch, Constantinople, and Jerusalem. Rome in the West and Constantinople in the East gained greater prominence because of their locations (Mattox, 1961, p. 137). While the power of the episcopacy grew in these cities, so did the controversy over which of these two cities, and their representative churches and bishops, should have supremacy.

On October 10, 366, a man named Damasus was elected Bishop of Rome. He was an energetic man who fought for the pontificate against his opponent Ursinus, another bishop elected by a small number of followers (see “Damasus I,” 1997, 3:865-866). During his pontificate, Damasus fought to confirm his position in the Church of Rome. He also fought to compel the other cities to recognize the supremacy of the Bishop of Rome over all other bishops. Damasus even went as far as to assert that the “Church of Rome was supreme over all others, not because of what the council [of Rome in 369 and of Antioch in 378—MP] decided, but rather because Jesus placed Peter above the rest, elevating him as the cornerstone of the church itself” (“Saint Damasus,” 2005).

In spite of Damasus’ efforts to establish the preeminence of Rome and his pontificate, he did not finish his work. After his death in December 384, Siricius was elected as the Pontiff of Rome. He was less educated than Damasus, but empowered himself with a higher level of authority than other bishops had demanded. Siricius claimed inherent authority without consideration of the Scriptures. He demanded, and threatened others, in order to gain more and more power. He was the first to refer to himself as Peter’s heir (see Merdinger, 1997, p. 26). Siricius died on November 26, 399. Without a doubt, he and Damasus were principal forces behind the development of a universal ecclesiastical hierarchy.

In 440, Leo I became the pontiff. He was an ardent defender of the supremacy of the Roman bishop over the bishops in the East. In a declaration to the Bishop of Constantinople, he stated:

“Constantinople has its own glory and by the mercy of God has become the seat of the empire. But secular matters are based on one thing, and ecclesiastical matters on another. Nothing will stand which is not built on the Rock which the Lord laid in the foundation…. Your city is royal but you cannot make it Apostolic.” (quoted in Mattox, 1961, pp. 139-140).

The supremacy referred to by Leo I was based on the assumption that the Lord exalted Rome, including its church and pontiff, over other major cities because of traditions about Peter. By that time it was accepted as “fact” that Peter had been the first Bishop of Rome and that he had been martyred there. Those traditions, along with Rome’s legacy as an evangelistic influence in the first century, gave the city a “divine aura” that supposedly connected it to the apostolic age and distinguished it from other cities. These beliefs greatly influenced the development of a hierarchy in the church.

On September 13, 590, Gregory the Great was named Bishop of Rome. He was another advocate of Petrine tradition, and named himself “Pope” and the “Head of the Universal Church.” By the end of his pontificate, the theory of Peter’s primacy and that of the Bishop of Rome was firmly established. Finally, with the appearance of Boniface III on the papal throne on February 19, 607, Roman papacy became universally accepted. Boniface III lived only a few months after his election. Many other bishops followed his legacy of “runners for supremacy.”

(This article was reprinted with permission as was originally found at https://www.apologeticspress.org/apcontent.aspx?category=11&article=2386) 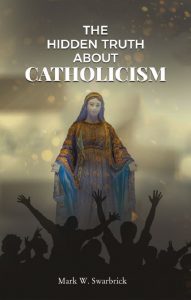 If you enjoyed this article you would like my book, The Hidden Truth About Catholicism. It examines Catholicism vs Christianity and considers questions, such as: Is Catholicism a cult? What about Mary worship? Is the pope infallible? Are Catholics Christian?