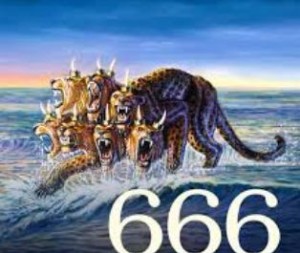 Deciphering the Mark of the Beast in the Bible may give some clues that identify the coming Antichrist. Revelation 13:18 says, “Here is wisdom. Let him who has understanding calculate the number of the beast, for the number is that of a man; and his number is six hundred and sixty-six.” The beginning phrase, “Here is wisdom” tells us this is a riddle to solve. Indeed it is the mother of all riddles. It is, to borrow a phrase from Winston Churchill, “a riddle, wrapped in a mystery, inside an enigma.”

According to scripture, the Antichrist will be a man that leads a mysterious seventh short-lived beast kingdom, be slain, and then later come back to life to reign a second time. There are strong indications that man was Adolf Hitler. The Mark of the Beast has some very interesting correlation to the Nazi regime.

The number was originally penned in Greek and looks like this:  χξϛ and it is transliterated as Chi–Xi–Stigma which are the  numbers  600, 60 and 6. Lets not add them and make six hundred sixty six, as is usually done. Instead, lets take them individually, as a triad of numbers. Scripture gives us a clue, “the number is that of a man.” Man was created on the sixth day. In scripture the number 6 represents man or mankind.

So consider that each of these three numbers represents a man or men. Remember that the philosophy of Hitler’s regime was centered on three groups of men – Hitler, the German race, and the soon-to-be created super-race of men that they intended to make. So think of Hitler as the single fuhrer. He was the 6 (Stigma or ϛ). The German or Aryan people were the 60 (Xi or ξ). The superman race they wished to breed to take over the whole world would be the 600 (Chi or χ).

When Hitler comes back as the Antichrist he will have a new breeding program. He will promise to alleviate sickness and prolong life through the creation of a superman race, claiming this is the next step in human evolution. He will claim his demonic super powers are an example of the new man. Scripture says “God will send them a powerful delusion so that they will believe the lie…”  (2 Thess 2:11). This will be Antichrist’s big lie, built upon the foundation of the theory of evolution.

The Antichrist’s program will be much more extensive and diabolical than Hitler’s first attempt. Through the help of supposed benevolent aliens, who are actually evil spirits, he will encourage strange genetic manipulation, perhaps once again through fallen angels interbreeding with humans as in Genesis Chapter 6 (See my article on that HERE). Daniel 2:43 may indicate this when it says, “they shall mingle themselves with the seed of men…” He will promise miraculous health and wealth to those who follow him and declare their allegiance to him and his plans through taking the mark of the beast. 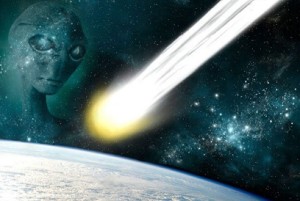 Consider the increase in UFO sightings, the interest in paranormal activity, Hollywood’s promotion of the idea that alien life seeded earth with the DNA instructions to trigger man’s evolution, the constant promotion of evolution, and the indoctrination of our need to use space travel to reach a new world due to supposed global warming destroying this one. When you take all that together, it is easy to see that Satan is laying the groundwork for the Antichrist’s master plan of deception.

To recap, in the Antichrist’s second reign, the 6 (Stigma) is the Antichrist, the 60 (Xi) will be those who follow him and take his mark, and the 600 (Chi) represents the Antichrist’s promise that we will mingle our seed with the aliens (fallen angels) and become a super-race that will (he will say) travel to the stars and rule the universe. Satan was the first to pompously say, “I will ascend to heaven; I will raise my throne above the stars…I will be like the most high…” (Isaiah 14:13-14). Antichrist will promise the stars to mankind if they worship him.

Antichrist is said to be “a king of fierce countenance, and understanding dark sentences” (Daniel 8:23). Young’s Literal Translation has it, “understanding hidden things.” It may be that due to Hitler’s soul being confined with demons in the Abyss for a time, he comes back as Antichrist with an otherworldly intelligence and understanding of quantum physics and dimensions that allows him to manipulate reality through Satanic power which he will use to sell his big lie.

This interpretation of the 666 is my own idea that came to me as I studied and prayed. I have not seen it suggested anywhere else. Whether it is correct, I do not know. I submit it to the judgment of the Church and put it out there for everyone’s consideration. In any event, the correlation between Hitler’s plans and what the Antichrist will likely do is interesting to ponder.

This has been an excerpt from my larger article, Hitler Will Rise Again, which you can read HERE: