Seven Reasons Why Electric Cars are Bad for America 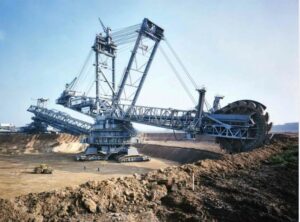 The gargantuan diesel powered machine pictured to the left is needed to make an electric car. It must move 500 tons of ore to obtain enough lithium for just one car battery. It burns  a thousand gallons of diesel fuel in a 12-hour shift. The lithium is extracted from the ore using sulfuric acid. The proposed lithium mine at Thacker Pass in Nevada will require up to 75 semi loads of sulfuric acid a day. Dangerous stuff. Do brain-dead liberals, such as AOC, imagine that the sulfuric acid will just magically turn into unicorn food?

A battery in an electric car, such as a Tesla, is made up of 25 pounds of lithium, 60 pounds of nickel, 44 pounds of manganese, 30 pounds of cobalt, 200 pounds of copper, and 400 pounds of aluminum, steel, and plastic. The battery weighs in at over 1,000 pounds.  All of these minerals have to be mined and processed into a battery that stores electricity generated primarily by oil, gas, and coal. Electric cars, by necessity, must be loaded with a lot of lightweight plastic, and as everyone knows, plastic is made from oil. Contrary to the propaganda, it takes a lot of fossil fuels to make an electric car and even more to keep it charged. So-called “green energy” is nothing but a big fat socialist fairy tale.

2. Our Electrical Grid Cannot Support It

The grid will not support the charging of a massive number of electric automobiles. If everyone had an electric car, which is the plan, it would cause blackouts all over the United States. And even if there was a huge  (and expensive) restructuring of our electrical grid, the increased demand for electricity would send the price of electricity sky high, making electrically heated homes unpractical. Electricity would become so expensive that even gasoline powered cars would be cheaper to operate.

3. America Would be at the Mercy of China

The Chinese make the batteries and other components necessary to manufacture electric automobiles. In 2019, Chinese chemical companies accounted for 80 percent of the world’s total output of raw materials for advanced batteries. China controls the processing of pretty much all the critical minerals–rare earth, lithium, cobalt, and graphite. Of the 136 lithium-ion battery plants in the pipeline to 2029, 101 are based in China. We would be totally at the mercy of China if we did switch to electric cars, and in case you haven’t noticed, China has a shortage of mercy. 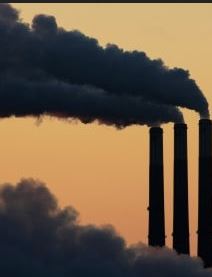 Most of our electricity comes from burning coal. So electric cars are not “green.” They are simply another car powered by fossil fuels. The smokestacks of coal-fired power plants are the single-largest source of greenhouse gas pollution in the U.S., producing two billion metric tons of CO2 per year. That will increase as electric cars demand more and more electricity.

A conventional gas-powered Toyota Prius hybrid produces 200 grams per mile of greenhouse gasses, which is exactly the same produced by the all-electric Nissan Leaf,  according to data from the U.S. Department of Energy. The liberal elitist driving down the street in his all-electric car, imagining himself a pure soul saving the world, is a person unaware of the true reality.

In actuality, his car is running on coal, using a battery built by slave labor, made with materials mined with environmental disregard. And to add insult to injury, when that battery fails – as they all do eventually – the owner will be facing an expense of several thousand dollars.

5. Electric Cars Have Ruined Our Economy

The desire of the left to force electric cars on people has caused Biden and the Democratic Party to severely restrict our production of oil. Biden has shut down oil pipelines, stopped giving new oil leases on public lands, and ramped up regulations that hamper American oil production. Why? The elite leftists want to make gasoline so expensive that it will force people into electric cars.

This unprecedented move by the Biden Regime has caused the price of diesel and gasoline to nearly triple in price in the past year. They imagine that by making gasoline insanely expensive, people will scrape up sixty thousand dollars to buy an electric car. But the destruction of our energy sector has caused massive economic harm and severe shortages of everything. Consequently, few people will have the money to be buying any kind of new car, let alone an expensive electric one.

Putin’s immoral war on Ukraine is fueled by his massive profits from oil sales. Biden’s destruction of America’s energy sector has caused the price of oil to climb to unprecedented levels. This has been a huge windfall for Russia. The high price of oil is making astronomical oil sales profits for Russia. This money is being used to fuel the war against Ukraine. Not only that, but European countries would do much more to supply arms to Ukraine, except for one thing: They are dependent on Russia for oil. They fear Russia curtailing their oil supply.

If Biden had not curtailed our energy production we would be able to supply oil to Europe. They would not be dependent upon Russia. They would then be bolder in helping Ukraine. These things combined would bring an end to Russia’s ability to wage war. But Biden and his Democratic Party are so intent upon their desire to “go green” that they are blinded to the fact that their green idea of forcing electric cars upon Americans is actually resulting in the killing of the Ukrainian people. It could even lead to World War III. The release of nuclear weapons would damage the environment far more than gas-powered automobiles.

7. Man-Made Global Warming is a Myth

All of this foolishness is for naught, as man-made climate change is a Marxist myth, concocted by socialists so that politicians can extract increased taxes from the gullible. For more facts on this see my article Global Warming is a Hoax. 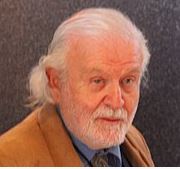 Atmospheric Physicist Siegfried Singer wrote: “there is no convincing evidence that the global climate is actually warming.” Who is this Singer fellow? Only the Einstein of climate. Definitely someone we should listen to. Siegfried Fred Singer was an Austrian-born American physicist and emeritus professor of environmental science at the University of Virginia. He was trained as an atmospheric physicist. Singer was named as the first director of meteorological satellite services for the National Weather Satellite Center, now part of the National Oceanic and Atmospheric Administration. He directed a program for using satellites to forecast the weather. Singer’s book Hot Talk, Cold Science is a must read for anyone who wants to know the truth about climate change.

Singer argues there is no evidence that the increases in carbon dioxide produced by humans cause global warming, and that if temperatures do rise it will be good for humankind. He told CBC: “It was warmer a thousand years ago than it is today. Vikings settled Greenland. Is that good or bad? I think it’s good. They grew wine in England, in northern England. I think that’s good. At least some people think so.”  Sanger has stated: “We are certainly putting more carbon dioxide in the atmosphere, however there is no evidence that this high CO2 is making a detectable difference.”

As a world-renowned expert in atmospheric physics, he would know what he is talking about. Nevertheless, someone who has plopped down sixty grand for an electric car is not likely to admit that he has played the fool. Neither is the politician getting campaign funding from socialist green special interest groups. For them, the real truth is simply to inconvenient. 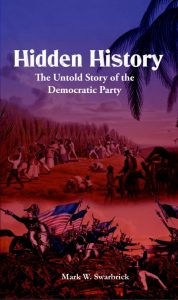