General Robert E. Lee freed the slaves. That would be a shocking surprise for the childish liberals who don’t know American history and are tearing down Civil War statues. Lee didn’t intend to end slavery but neither did President Abraham Lincoln. 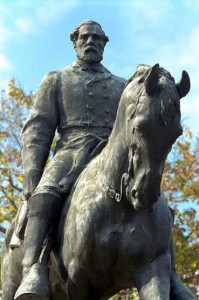 Here is how it happened: When Lincoln took office, he promised repeatedly to not interfere with slavery in the southern states where it already existed. Lee abhorred slavery and didn’t think the south should secede from the Union. Lincoln thought so much of Lee that when South Carolina seceded he offered Lee command of the Union armies. Lee declined, saying that he thought it would be wrong for the North to invade the South, and he stated he must stand with his own state of Virginia and defend her against attack.

Now what would have happened if Lee had accepted Lincoln’s offer? What if Lee was not a Southern General but a Northern one?  Lee was one of the greatest military leaders of all time. There is no question that if Lee had fought on the side of the North, the South would have been vanquished quickly.

And if the war ended quickly, what then? Remember, the war had gone on for two years before Lincoln decided to stop slavery in the South.  Against much opposition, Lincoln finally outlawed slavery in any states that were in rebellion against the U.S. But if Lee had been on the Union’s side, the war would have ended before Lincoln ever set the slaves free. The war would have been over and slavery would have still been intact.

General Lee did not fight for slavery. He fought to stop the North from Invading the South. Neither did President Lincoln take us to war to end slavery, but rather to preserve the Union. The long four-year bloody clash did result in slavery ending. As Lincoln so aptly said of that conflict between North and South, “Both read the same Bible and pray to the same God, and each invokes His aid against the other…the prayers of both could not be answered. That of neither has been answered fully. The Almighty has His own purposes.” No doubt God’s own purpose was to end slavery, even though at the outset that was not the intent of man. After Lee’s surrender at Appomattox he used all his influence to persuade other fighting men to lay down their arms and become loyal citizens once again to the United States.

After the Civil war ended, on a warm spring day in Richmond at St Paul’s Episcopal Church, the minister stood at the communion railing to administer communion. A black man came forward and knelt at the rail. The minister, indeed the entire church, was aghast! This was just simply not done. Blacks and whites did not ever take communion together. Everyone in the church froze, not knowing what to do.

A white-haired gentleman stood and with stately dignity walked down to the communion rail and knelt down next to the black man. It was General Robert E Lee. The rest of the congregation then came forward also and for the first time in history a black man was administered communion along with the whites.

On June 13th, 1902 Mary Custis Lee, daughter of Robert E. Lee, boarded a street car and sat down in the back with the blacks. The conductor ordered her to move to the white section. She refused, even though he threatened to have her arrested. She still refused and was detained by police. She posted five dollars bail to be released. Clearly Robert E. Lee, a devout Christian, had passed on his godly unbiased attitudes to his children.

At the end of the battle at Gettysburg a wounded Union soldier lying on the ground saw that General Lee was riding by close at hand. He raised himself up, shook his fist and shouted, “Hurrah for the Union!” General Lee dismounted and walked over to where the wounded man lay. The soldier later said, “I thought he meant to kill me but as he came up he looked at me with such a sad expression upon his face that I wondered what he was about.”

General Lee reached down and held the Union soldier’s hand, “My son,” he said, “I hope you will soon be well.” The soldier later commented, “If I live a thousand years I shall never forget the expression on General Lee’s face. There he was, defeated, retiring from a field that had cost him and his cause almost their last hope, and yet he stopped to say words like those to a wounded soldier of the opposition who had taunted him as he passed by!”

Today uneducated malcontents ignorant of history are tearing down statues of Robert E. Lee. I wish that they knew the facts. The truth is General Robert E Lee was a thoroughly good man, a sincere Christian, an opponent of slavery, a lover of all men in both north and south, whether black or white. He was unequivocally an American patriot who was used by God, along with Lincoln, to bring an end to slavery. Such men should be honored, not denigrated.