This Life after Death book considers the immortality of the soul and answers the question: Is soul sleep refuted by Scripture? This book answers important questions about life after death, such as… 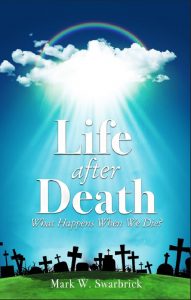 One would think these are settled question among Christians, but in actuality, sometimes such is not the case. While most Christians believe the soul of a believer survives death and consciously enjoys the glories of heaven, some believe in what is called soul sleep, which is the idea that people are unconscious or nonexistent until God raises their bodies from the dead at the resurrection.

The Immortality of the Soul: Which is true? This book thoroughly examines the issue. The author makes an airtight case from scripture and from the writings of early Christendom that is irrefutable; the Bible and historic Christianity both refute soul sleep and affirm the immortality of the soul.

The Testimony of Scripture: The overwhelming teaching of scripture disavows soul sleep and strongly supports the belief that man has an immortal soul which continues consciously after death. Historic Christianity has a solid record affirming the Church’s belief in the immortality of the soul. Life After Death proves this, both from Scripture and from the writings of the early Church.

Comforting Truth: The knowledge that immediately upon death, Christians are in heavenly glory with Christ gives peace and serenity to Christians in bereavement and comforts those who themselves are nearing eternity’s door. With this knowledge, we can say, along with the Apostle Paul, “to live is Christ, but to die is gain!”

If you know a Christian troubled by questions of soul sleep this book will give them peace.

Click  BUY NOW  and learn what the Bible says on these matters.

Back to Books by Mark Swarbrick