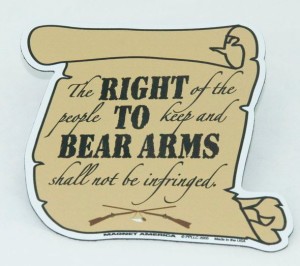 The liberals are salivating with glee that they have a tragedy to use to further their agenda of dismantling the Constitution. The Las Vegas shooting has concentrated their efforts at revoking the 2nd Amendment. They speak as though they actually believe that if guns were eliminated the Vegas incident would never have occurred.

Let’s pretend for a moment that the Democrats got their wish, that all guns were eliminated. I emphasize the word “pretend,” because this is not something that could ever happen. Even if you outlawed guns, illegal firearms would pour in across the Mexican border, that same border that the libs have insisted must be an open border.

Even if the border was closed, there are 300 million guns in the hands of private citizens. Americans are not going to stand by and willingly see their 2nd Amendment rights violated. They will not give up their guns and any attempt to actually forcibly confiscate them would result in a bloody civil war. That’s the reality.

But reality is not something the liberal operates in, so let’s pretend anyway. Stephen Paddock was apparently consumed with the idea of inflicting murder and mayhem upon the people at that concert. If he could not get firearms, he would have done it by some other means. 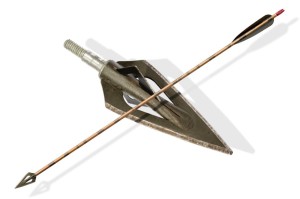 What means? For one, he could have simply used a compound hunting bow. Suppose he had carried razor-tipped hunting arrows up to his motel room. He could have launched those into the densely packed crowd in total silence. Nobody would have known what was happening or where it was coming from. He could have fired off a thousand arrows before the crowd cleared and almost every arrow would have found a body to pierce. The death toll could very well have been higher than what it was.

Ok, so let’s continue our jaunt into the make-believe world of liberals. Let’s imagine that we have not only outlawed guns, but bows and arrows as well. Now what would our deranged criminal do? He was a pilot and owned his own airplane. He could have filled up both wing tanks with aviation gas and flown his plane right into the crowd. The resulting fireball would kill hundreds, maybe thousands. 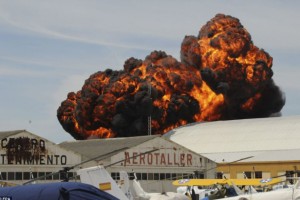 So now we make airplanes illegal. What does he do then? The possibilities are almost endless. Drones are relatively inexpensive now. He could have launched a few dozen of those, each equipped with a small exploding package that could contain anthrax, poison gas or what-have-you. He could have killed thousands instead of hundreds. Or he could have done what Timothy McVeigh did in Oklahoma, fill a moving van full of fertilizer and drive it into the crowd and detonate it.

What are we going to do? Outlaw guns, archery equipment, airplanes, drones, moving vans and fertilizer? And if you do that, what other horror will be dreamed up? Pipe bombs? Better require background checks at hardware stores! The strange fact is, we can actually thank God this maniac only used guns and not something worse. If guns had already been outlawed, the death toll would likely have been much higher.

The truth is you can’t make enough laws to stop massacres when you have a populace that has turned away from God. Oops. I’ve mentioned God twice now and that’s not something that exists in the Democrat’s make-believe world. Remember, they voted him right out of their party in 2012 when they voted to remove all references to God from their party platform. Since then they have been the party of godlessness.

And that brings us to the crux of the matter. The liberals frenzy to outlaw guns is a smokescreen that is being used to hide the real truth, which is this: The real cause of a massacre such as this is the result of a society that has largely turned its back on God. God is allowing us to suffer the consequences of denying that we are His creation and that He is the ultimate law-giver and judge of right and wrong.

The last thing liberals want is for America to wake up and say, “Wait a minute, before we outlawed prayer in school and before we legalized abortion, we didn’t have these problems.” Therein lies the truth that liberals want to hide: Its the very anti-God, pro-sin policies of the left that has brought about the kind of society wherein men go nuts and start killing indiscriminately. Anti-gun laws won’t fix that.

If we need any new laws at all then it is anti-sin laws which we have need of. What we need is to stop pushing a godless, atheist, perverted, anything-goes mentality in our schools and media. We need to stop twisting the brains of grade schoolers by pushing birth control pills, condoms, transvestism, homosexuality, lesbianism, same-sex marriage and anti-genderism on them. When we allow our schools to teach debauchery to our children we are less than a generation away from having infidels run our country.

The liberals think that passing laws will somehow stop calamities like this. Alright then. Let’s propose some laws that have a chance of working. Let’s start by making it illegal to outlaw prayer in school. Let’s make it illegal for school teachers to teach there is no God. Let’s get the fake science called evolution out of our schools. Let’s teach reading, writing, history and arithmetic in our schools and make the indoctrination of children with sexual confusion and perversion an illegal act.

Its time we stop using our children as guinea pigs in bizarre social experiments that test Hollywood’s latest deviant behavior. Promotion of socialism in school should be illegal. Instead lets teach real U.S. history that explains American exceptionalism in the light of our Christian roots. 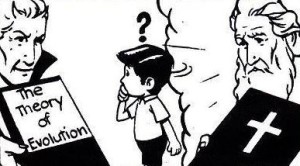 The Bible says, “The fool hath said in his heart, ‘there is no God.’” (Psalm 14:1) Let’s make it illegal for atheists to teach our children. We don’t need fools teaching our kids. Evolution blatantly contradicts the Bible. We should pass a law making it illegal to contradict the Word of God in schools. Instead of teaching and promoting Islam in schools, lets lift up the name of Jesus and honor the Christian roots of our forefathers who established this great country. Let’s stop being a secular country and follow our motto: “In God we trust.”

Let’s have the FCC do its job, like it used to, by stopping the constant barrage of wicked suggestions pouring out of Hollywood into our homes. The filthy language, sex scenes, graphic bloody murders, fornication, adultery, the glorification of teen-age sex, homosexuality, and almost every manner of debauchery you can imagine is being dished up for America’s consumption. Video games based on graphic killing are not healthy for young minds. I say outlaw all of it. It was all illegal when I grew up. It should be again. 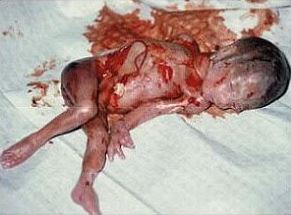 Abortion should be outlawed. It is murder. How can we expect young people to grow up respecting human life when they see their government approving of murdering babies by the millions, selling their body parts for profit, and using our tax money to do it?

The American government has allowed the murder of over 50 million babies since 1970 and over half a million more are killed every year. God says, “Thou shall not kill.” Can you imagine what God thinks about this evil holocaust that goes on year after year? Liberals say they want to take our guns in order to save lives. They cannot be believed. Their pro-death stance on abortion proves they have no interest in saving lives. 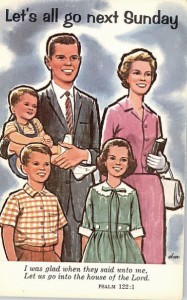 How about closing most stores on Sunday? When I was a boy in the 50s and 60s, the stores closed on Sunday so that people could go to church. Now Sunday is just a normal work day for most people who work in retail. Whatever happened to “Remember the Sabbath Day to keep it holy.” That was written in stone by the finger of God. It’s part of the Ten commandments.

There is no fear of God in the land. People commit horrendous deeds and think they can escape by suicide. If they had been to some church services they would know that there is a very real hell and after death comes judgment. “It is a terrifying thing to fall into the hands of the living God.” (Hebrews 10:31) 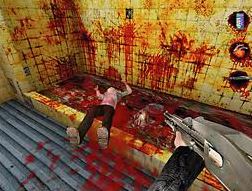 When people are raised on videos and movies of murder and mayhem, when their own government murders babies, when they are taught that there is no God, no judgment day, no heaven, no hell, and when they are told they are only an accident of nature, evolved from rocks and descended from animals, then it is no wonder that some people act like dumb animals and do horrendous things.

The average liberal Democrat doesn’t really want to stop atrocities like the Vegas shooting from happening. If they did, they would want to turn back to God, for that is the only thing that will work. There isn’t a law any Democrat can think up to stop such things. But turning back to God is not something a liberal can do. They will not give up their evolution, abortions, homosexual perversion, fornications and adulteries. They like their sin too much.

God loves America. He longs to bless us, to forgive us, to see us turn from our wicked ways and turn to Him in repentance. He desires us to walk with him and he wants our entire country to be, as President Reagan said, “a shining city on a hill.” God’s perfect will for America is that we have a future and a hope. For that, God needs our hearts.

When men’s hearts are cold and indifferent to God’s Word, then hell upon earth is only a wicked thought away. But the libs don’t want to hear that truth. They don’t really want a solution. All the liberals really want is to use such tragedies as a tool to further their political agenda, which is to turn America into a godless and sinful Marxist third-world hell hole. For that, they need our guns.