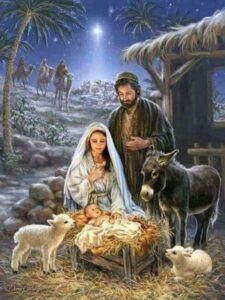 I was listening to a talk show the other day and the guest on the show was an atheist. The discussion centered on Christmas. The atheist, with a condescending demeanor, was proclaiming that Jesus was not the reason for the season, for in fact, he said, Jesus was not really born on December 25th. He argued that December 25th was originally a pagan holiday of the winter solstice. Furthermore, he said, shepherds would not have been in the fields in the winter (as the Bible describes) and thus Jesus could not have been born in December. He further claimed that December 25th was really the pagan holiday of Natalis Solis Invict, and that the Church just co-opted that Roman holiday to be a celebration of Christ’s birth.

Most Christians are not overly alarmed by such rhetoric. We know that the heart of Christianity isn’t about legalism or dogmatism concerning dates and seasons, but it is about the reality of Christ living and reigning in our hearts. We understand that Christ is honored on any and every day that we choose to dedicate to Him.

Because of this confident assurance that we have, we often don’t bother with countering such pointless atheistic claims. Nevertheless, I decided I would dig into the matter. I spent several days researching and what I found was that the atheist’s confident assertions were totally and completely wrong. I found that a date of December 25th for Christ’s birth is actually very likely. Here are the real facts: 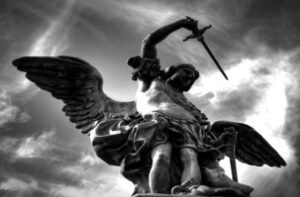 Natalis Solis Invict  was a holiday of the late Roman empire in which the Roman sun god Helios was honored. However it is important to note that the cult of Natalis Solis Invict did not begin to celebrate December 25th until AD 274. Yet we have record of Christians recognizing December 25th as Christ’s birthday centuries prior. For example, Saint Telesphorus (AD 136–147), Theophilus (AD 115-181), and Hippolytus (AD 170-240) all wrote of an observance of December 25th as Christ’s birthday.

Why does Christmas and a pagan holiday both fall on December 25th?  The answer is remarkable. It was the Emperor Julian the Apostate who instituted the holiday of Natalis Solis Invict on December 25th. Why that date? Julian had turned his back on Christianity. Historical records reveal that in his growing hatred for Christ, Julian deliberately ordered a pagan holiday on the date of Christ’s birth. The war on Christmas started way back then! So the fact is this: The Church did not co-opt a pagan holiday. It was the reverse. It was a pagan emperor who tried to hijack Christmas.

Shepherds in the Field? 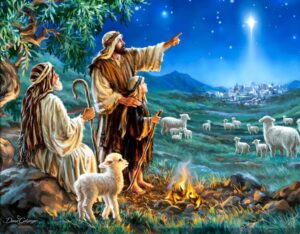 “In the same region there were some shepherds staying out in the fields, and keeping watch over their flock by night.” (NASB) Luke 2:8

Those who live in northern climates might be fooled by the argument that shepherds would not be in the field in Israel in December. But this assertion is easily dismissed by anyone that’s been to Israel in the winter. It is winter as I write this and I can guarantee you there are still shepherds in the fields around Bethlehem right now. Israel is in the lower latitudes and the winters are moderate. In fact, I just checked on the web for the  temperatures for December in Jerusalem. The average was 55 degrees Fahrenheit. The winters in Israel are similar to winters in the southwest United States, where I live. I frequently go outside with no jacket and a short sleeved shirt in December. I have even been water skiing in the middle of November. This is the sort of climate found in Israel.

Want to read more about shepherding in Israel in the winter and see pictures of modern day shepherds in the field near Bethlehem on Christmas? Go here: https://www.neverthirsty.org/bible-qa/qa-archives/question/were-shepherds-with-sheep-in-the-snow-at-christs-birth/

The Historical Record Points to December

Scripture tells us that Mary and Joseph traveled to Bethlehem because of the government order requiring them to return to their hometown to register in the census. This “Christmas census” would be the census and oath of allegiance ordered in preparation of Augustus’ Silver Jubilee in February. According to the Jewish historian Josephus, this registration took place in Israel twelve to fifteen months prior to the death of Herod, most likely some time between November and February. This historical time frame puts Joseph and Mary in Bethlehem in December.

The Bible tells us when Jesus was conceived, and from there we can calculate his birth in late December. Here are the details: Luke Chapter 1 tells us that Zacharias served in the “course of Abias” (Lk 1:5). From historical records it has been determined that the course of Abias started September 22nd. Zacharias and Elizabeth conceived John the Baptist immediately after his service at the temple, around the end of September. Luke 1:26 tells us that Mary conceived Jesus by the Holy Spirit when Elizabeth was six months pregnant.

Now just do the math. John the Baptist was conceived late September; Jesus was conceived six months later, which would be late March. Add nine months and you arrive at late December for Jesus’ birth. So the Bible actually tells us that Jesus was born in the latter part of December.

In regard to the events of Christ’s birth, the Bible records that Mary “treasured these things in her heart.” No doubt early Christians asked Mary about many of these details, including the question of when Jesus was born. Since early Christian writings agree on a date of December 25th, and since this time frame fits the Biblical record, there is really no reason to doubt that Jesus really was born on Christmas – December 25th.

The actual day of Christ’s birth is not a significant issue.  The New Testament makes it clear that the observance of certain days is not crucial: “So don’t let anyone condemn you…for not celebrating certain holy days or new moon ceremonies or Sabbaths.” (Colossians 2:16) Nevertheless, since the Bible says Jesus was born in late December and since early church fathers recorded that Christ’s birthday was on December 25th and since in America and most of the Christian world Christ is especially honored on that day, there is no reason to let the lies of Christophobic God-hating atheists rain on our parade.

Incidentally, the reason we celebrate the New Year on January 1st is because that is eight days after Christmas, the day that Jesus would have been presented at the temple and dedicated to God in the rite of circumcision. When the Roman calendar was discarded in 525 AD, the January 1st New Year date was selected by Abbot Dennis the Short in order to line up with Christ’s presentation at the temple in accordance with Genesis 17:9-12; 21:2-4 and Leviticus 12:3. Happy Holidays, is actually short for Happy Holy Days.  The Holy Days celebrated in the Christmas season are Christ’s birth on December 25th and Christ’s dedication at the temple eight days later on New Year’s Day. The atheist at the checkout wishing you Happy Holidays would be mortified to know that they are actually announcing the two holy days of Jesus!

Jesus is, and always has been, the reason for the season; and He is the same yesterday today and forever! Hallelujah!