Did Jesus drink wine or was it grape juice? Down through church history theologians have maintained that Jesus turned the water into wine and that he drank fermented wine at the Last Supper, and at other times. In the biblical passages where Jesus is said to drink wine, or where he turned the water into wine, the Greek word oinos is used. Oinos means wine, and by definition is alcoholic. The writers of scripture could have used the Greek word for grape juice, Gleukos, but they did not. They called it wine (Oinos). 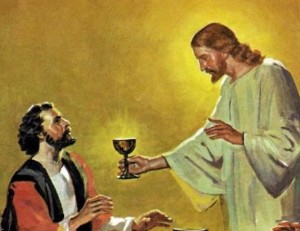 This position is in line with Jesus’ own words in Luke 7:33-34, “For John the Baptist came neither eating bread nor drinking wine, and you say, ‘He has a demon.’ The Son of Man came eating and drinking, and you say, ‘Here is a glutton and a drunkard…” They accused Jesus of being a drunkard because he did not abstain from alcohol as John the Baptist did. This is clear evidence that Jesus did drink alcoholic wine.

However, some believe that consuming any amount of alcohol is a sin. One of the ideas propagated by those of this legalistic persuasion is that if one beer or one glass of wine gets you drunk, then to drink a tenth of a beer or a tenth of a glass of wine makes you one-tenth drunk, and you are therefore sinning. Thus they say, that all wine that Jesus was involved with had to be merely grape juice.

The Science of Fermentation

This argument is easily dismissed with some simple facts of science. To explain let’s consider how wine is made. During the fermentation of grape juice, yeasts transform sugars present in the juice into alcohol and carbon dioxide gas. In biblical times, the yeast and sugar were not added. The sugar was already present in the grape juice and the yeast was present thanks to the activity of wasps.

Duccio Cavalieri, professor of microbiology at the University of Florence in Italy explains: “Hornets and wasps bite the grapes and help start the fermentation while grapes are still on the vines. They do that by spreading a yeast called Saccharomyces cerevisiae — commonly known as brewer’s yeast and responsible for wine, beer and bread fermentation — in their guts. When the wasps bite into the fruit, they leave some of that yeast behind.”

Fermentation actually begins on a small scale in the grapes while they are still on the vine. A small measurable amount of alcohol is present even before the grape is picked. This would present a problem for those who hold to the “one-tenth” drunk doctrine. They can’t eat grapes or they will be guilty of being slightly drunk!

It was impossible to keep grape juice from spoiling in the days of antiquity. Without refrigeration or vacuum packing, it was not possible to 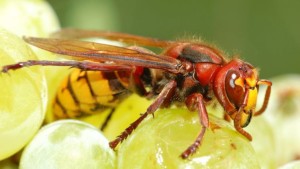 preserve unfermented grape juice. In those days, they turned grape juice into wine, not just for the sake of the alcohol, but because that was the only way to preserve it.

Warm grape juice almost immediately begins to ferment. As mentioned above fermentation begins while the grapes are on the vine. Today’s vacuum packed grape juice has been filtered and pasteurized, which removes any yeast, so Welch’s grape juice from the store will not ferment without added yeast and, although it keeps longer because it is pasteurized, it will still spoil soon if not refrigerated after opening.

In the first century, when the grape juice was in the vat, alcohol would begin to be present as soon as fermentation begins, which would be practically immediately, only one or two days at the most. So even if somehow the disciples found unfermented grape juice for the Last Supper, by the time they brought it to the upper room and drank it after their supper, there would be some amount of alcohol in it already, and according to some, they would therefore all be partially drunk. 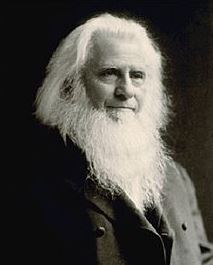 Those who advocate total abstinence of alcohol and insist that any consumption of alcohol is a sin might be surprised to know that most churches down through history have used wine, out of necessity, in their communion services. Just think of all those Christians sinning and being partially drunk in church!

In the early 19th century a few congregations wished to flee what they considered an evil practice and began to use grape juice for communion, however it’s use was not widespread due to difficulties with preservation, safety and inadvertent fermentation.

In 1869 an American physician by the name of Thomas Welch invented a method of pasteurizing grape juice so that fermentation was stopped, and the drink was non-alcoholic. He began a campaign of persuading churches to forsake real wine and adopt his non-alcoholic “wine” for communion services, calling it “Dr. Welch’s Unfermented Wine.” Thus was born Welch’s Grape Juice.

The Error of Presentism

Because of the fact that we drive automobiles now instead of horse drawn carts and wagons, the danger of drinking and driving has become a major concern. This has made even moderate alcohol consumption politically incorrect in Christian circles. Ministers wishing to make a case for total abstinence from alcohol have gone beyond what the Bible actually says on the subject, claiming that Jesus never touched fermented wine and only drank grape juice.

Their insistence that Jesus could not have possibly drank an alcoholic beverage, because such is unacceptable today, is actually an error known as presentism. The error of presentism is the anachronistic introduction of present-day ideas and perspectives into depictions or interpretations of the past. Because drinking alcohol has become so problematic in today’s modern society, it is erroneously assumed that such stigma must have also existed in the first century Church.

What the Bible Really Says

The Bible does give good reasons for avoiding or at least being careful with alcohol. Scripture, while not condemning moderate drinking, does warn repeatedly against drunkenness. We are told in Ephesians 5:18, “Do not get drunk on wine, which leads to debauchery. Instead, be filled with the Spirit.” 1 Co 6:10 tells us that drunkards aren’t going to heaven. Romans 14:21 cautions us that alcohol should not be imbibed in a situation where it may affect your witness or Christian influence: “It is better not to…drink wine or do anything else if it might cause another believer to stumble.”

Romans 15:1-2 in the Living Bible makes it crystal clear that we must always consider how what we do affects our witness to others:

“Even if we believe that it makes no difference to the Lord whether we do these things, still we cannot just go ahead and do them to please ourselves; for we must bear the “burden” of being considerate of the doubts and fears of others—of those who feel these things are wrong. Let’s please the other fellow, not ourselves, and do what is for his good and thus build him up in the Lord.”

The Problem of Legalism

While there is a plethora of scriptures on alcohol, sufficient to lay out a biblical case for caution where alcohol is concerned, a problem is engendered by those who appeal to fake science and distorted history to advance their agenda and people unfamiliar with scripture and 1st century antiquity may be misled. Urging from biblical and historical inaccuracies will only convince the uninformed.

A problematic situation produced by the dogmatic doctrinal decree ordering total abstinence is the fracturing of relationship that is inherent in all religious legalism. Those who abstain may begin to have a holier-than-thou attitude and consider they are more spiritual than those who disagree with their stance. Those who don’t abstain may feel distain from those who do. Legalism never builds up. It always tears down.

One day I brought a name before my church board for approval as a member of the church. A board member said, “Well, I don’t know if we can have him as a member of our church. After all, what do we really know about him?” I said, “Well, we know this: He has been attending our church every Sunday for over a year. He pays his tithes every week. He is a respected medical doctor in our community. He wants to become a member. I know of no reason that he should not be a member of our church, do you?”

He answered, “Well, I saw him in a restaurant one day and he had a glass of wine.” I asked, “Was he intoxicated? Did he have more than one glass of wine?” The answer was no. Apparently this board member had been influenced by the legalistic total abstinence crowd. I had to explain that drinking is not a sin, getting drunk is, and that Jesus drank wine and that by the standard he was advocating, Jesus could not be a member of our church either.

Another time I encouraged an elderly lady, who had attended our church for years, to become a member. “No! I will never join another church again!” I asked why. “Because I used to be a member of this very church. But long ago, back when they first began putting soft drinks in cans instead of bottles, I was drinking a Pepsi from one of those new cans. Another lady in the church saw me drinking from a can and reported that I was drinking beer. They took away my membership. That’s why I will never join a church again!”

Religious rules don’t make a person holy. Instead they cause the sin of pride. They cause division and hurt. Such things don’t bring people closer to God. Walking with Jesus, desiring to please him in all things as you read scripture, pray, love others, and follow your conscience, that is what brings people closer to God.

Yes, Jesus did drink alcoholic wine and so did the apostles. Our Lord turned the water into alcoholic wine. However, I am not saying it is okay for you to drink alcohol. Neither am I saying you should not drink. What I am saying is this: It is a sin to get drunk. Don’t do that.

If you believe it is a sin for you to drink, then do not drink. But don’t go around telling others they aren’t as holy as you because they do drink. If you do, then you are the one sinning.

If you believe it is okay to drink in moderation, then don’t look down upon those who believe drinking is a sin. Remember that some have had loved ones killed by drunk drivers and they naturally will have some very strong feelings about alcohol. Although it was not alcohol alone that killed, but was alcohol plus automobiles, nevertheless they may have some strong feelings about it. We must be sensitive to that.

Whether or not you drink is a matter of your conscience and your own common sense. It is between you and God as you carefully consider how it affects others. As it says in Romans 14:17 “For the kingdom of God is not a matter of eating and drinking, but of righteousness, peace and joy in the Holy Spirit.”