For I know the plans I have for you, declares the Lord, plans for welfare and not for evil, to give you a future and a hope. (Jeremiah 29:11) 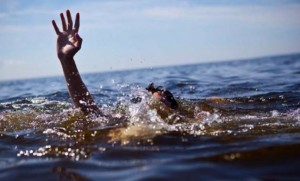 I waited for the drowning man to reappear. “God, please help me save him,” I prayed fervently.  I had stopped swimming just out of reach of the victim when he had disappeared. This was the third time he had gone under and this time he didn’t pop right back up. It was impossible to see him in the murky lake. If he didn’t surface, he was lost. The seconds ticked by as I waited helplessly. Suddenly he burst to the surface, coughing, sputtering and screaming piteously for help. Immediately I yelled to him, “You must do exactly as I say or I will not help you!”

He answered submissively, “OK.” I must have sounded like I knew what I was doing. I didn’t. I was 17 years old and I had never had any formal training in saving drowning people. I had a summer job working at a land development where we had been laying sod all day. After a hard day’s work four of us had headed down to the beach to cool off with a quick swim in the lake.

We swam out to the middle of the lake where there was a large wooden raft. After a while, one of the boys began swimming from the raft towards the opposite shore, but halfway there he ran out of strength and panicked. I looked at my two friends standing with me. For the first few moments we wondered if he was just faking it, playing a joke on us. But after he began going under and his cries for help became frantic, I yelled, “You better not be fooling around!” Then I dove in and swam to him as quickly as I could.

Drowning people are dangerous. In their panic they can latch onto you and drown you. I knew this. Since we had just come from work we were all swimming in our clothes, which is very tiring. I was already exhausted. He could easily drown me, so I was careful not to approach him until I knew he would submit to help.

But now what? How was I to save a man when I was no rescue swimmer? I had prayed for God to help me save him. God answered that prayer, not in the present, but in the past. One summer day when I was ten years old, I was swimming with my dad. He called me over to him and said, “Mark, I want to teach you something. You might need this someday. If you ever have to save someone from drowning, there is technique that is the simplest of all methods.” 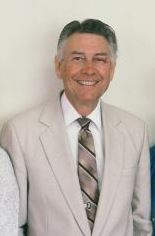 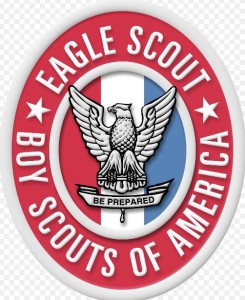 My dad had been an Eagle Scout and was often teaching us kids bits of survival lore. “Roll over and float on your back,” he instructed me. He then took me by the hair and swam, pulling me along behind him. “Now you try it,” he said. “I will float on my back and you pull me.”

“You will be surprised. Just try it.” He answered. To my amazement I actually could do it. And then the lesson ended. “There you go,” my dad said. “If you ever have to save someone from drowning, that’s how you can do it. Its the easiest method there is.”

Now, seven years later, all of that came back to me in a flash. I ordered my coworker to float on his back, which he immediately did. Then I swam within reach and grabbed his hair. Fortunately this was the hippie days of the 1970s and there was plenty of hair to grab. I gripped his shoulder-length hair and headed for shore with him in tow.

It was grueling. I had doubts if I was going to make it. I swam and swam, but swimming with one hand, wearing jeans and pulling someone also wearing clothes is mighty slow going. On and on I swam but I was making very slow headway. When I thought I was close enough to shore, I stopped swimming and began treading water with one hand while I extended my legs, reaching for the bottom. There was no bottom. My coworker was not paddling or helping in any way so he just sank when I stopped to tread water. We both momentarily slipped below the surface. I had to have momentum to keep his head above the water so I quickly forged ahead, stroking with one hand, holding him with the other, all the while praying for God to please help me make it.

My strength was nearly played out. Once more I stopped swimming and frantically attempted the exhausting feat of treading water with one hand while stretching to feel for the bottom with my feet. I touched nothing but deep cold black water. The bottom was out of reach. Once more he sank beneath the waves. I quickly began swimming again, utterly exhausted.

On I swam. I was so tired it hurt and I wondered how much longer I could go on. I reached the point where I could swim no further, but how could I quit? How could I just give up and let him die? So I kept on, holding his hair with one hand and stroking with the other, one stroke at a time, one after another. I can’t go on, I thought, but forced myself to take one more stroke, and then just one more.

Everything was spinning. I gasped for breath. My muscles hurt terribly. I was beginning to cramp up. One more stroke. “God help me!” The phrase echoed through my head as a desperate prayer. Another painful stroke, and another, and another. Finally, a few yards out from shore I reached for the bottom and found it. We staggered to the shore. We both collapsed on the sand, half in and out of the water, gasping for breath. He was much worse off than I was, fitfully coughing up lake water. 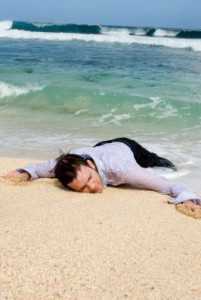 In the meantime, my friends had driven around to that side of the lake and they scooped him up, put him in the car, and took him to his family. For twenty minutes I lay there on the beach alone, completely spent, gasping for air, while the waves lapped at my feet.

I have often reflected on the events of that day and how God had answered my prayer before I prayed it. God had given me a father who had a heart to teach me, many years before, what I would need to know that day. God did that. He did it to save from death someone whose name I do not even know. But God knew him and loved him and made provision for him. I had the privilege of being a conduit of God’s care, as did my father. My dad had a phrase he often used to describe such things as this. He called it the providence of God.