THE MOST POLITICALLY INCORRECT SERMON YOU WILL NEVER HEAR… 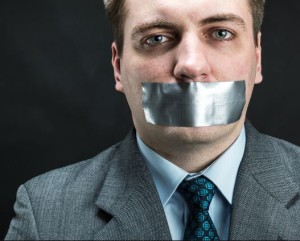 You won’t hear this sermon from the pulpit. Not today. You would have heard it back in the 40’s and 50’s, maybe even in the 70’s, but not today. There are some good preachers today that will preach the truth without compromise, but many will still probably not preach this. Too many pastors have bought into the idea that there is an 11th commandment that says you should never mix politics and religion.

Of course it was not always that way, or we would not have fought the Civil War to do away with slavery. The civil rights movement of the 60’s would have died without Rev Martin Luther King. Indeed, the American revolution would have never happened without preachers mixing politics and religion. But since the unconstitutional Johnson Amendment of 1954, many church boards have put duct tape on their pastor’s mouth for fear of the IRS.

So here it is, the condensed version of the sermon you will never hear…

1 Peter 2:17 says, “Honor all men; love the brotherhood, fear God, honor the king.” In many countries those in government service must swear allegiance to the king. Not so in America. We do not have a king. So how do we honor the king as the scripture commands?

Honoring the king for us means supporting our form of government by being actively involved in electing people that will follow the Constitution. Christians are supposed to be the salt and light of the earth. We are called to make a difference. Matthew 5:13 (TLB) says, “You are the world’s seasoning, to make it tolerable. If you lose your flavor, what will happen to the world?”

Our form of government was designed by Christians who understood that the fallen nature of man required a balance of power to manage our inherently evil natures. They acknowledged that our freedoms come, not from government, but from our Creator. They also understood that our Creator, who gave us our rights and freedoms, can also take them away if we turn our backs on Him. That is why John Adams said, “Our Constitution was made only for a moral and religious people. It is wholly inadequate to the government of any other.”

Our form of government is a gift of God delivered through the blood, sweat and tears of Christians who died to provide it to us. But we must be its guardian. In 1961 Ronald Reagan said, “Freedom is never more than one generation away from extinction. We don’t pass it on to our children in the bloodstream. It must be fought for, protected, and handed on for them to do the same, or one day we will spend our sunset years telling our children and our children’s children what it was once like in the United States where men were free.”

God cares about politics, for he tells us to pray for politicians. If God cares about politics, so should we. 1 Timothy 2:1-3 says to pray for “kings and all those in authority,” and furthermore that “this is good and pleases God.” What do we pray? That they will have godly wisdom and take moral actions. Of course if we pray for something but do not act towards that end we have become so heavenly minded that we are no earthly good. If we pray that our leaders act morally and wise, we should also endeavor to elect leaders that have shown those qualities. To do otherwise is not wisdom. It is foolishness.

For whom should a Christian vote? It is very simple. The most important thing is to elect godly people. Praying men and women of high morals are who we want in office. Those with common sense who have demonstrated in the past that they have sound wisdom.

Absolute truth and morality are found in the Bible. We need government leaders as we had in yesteryear; men who believed the Bible to be the word of God. Abraham Lincoln said, “All things desirable to men are contained in the Bible.” Theodore Roosevelt said, “A thorough knowledge of the Bible is worth more than a college education.”

Proverbs 4:19 says, “The way of the wicked is like darkness; They do not know over what they stumble.” Jesus said, “He who walks in the darkness does not know where he goes.” (John 12:35). A man who has not been born again is walking in spiritual darkness. A Christian has a clear vision of right and wrong and has his eyes opened to spiritual reality. He is in touch with the guidance of the Holy Spirit. Such a man is much better equipped to lead a nation than he who is on the road to eternal darkness.

It is clear in this election cycle that many evangelical Christians have never heard this sermon. It is evident that godly morals and common decency are not uppermost in their minds as they vote. They don’t realize how dangerous it is to abandon such principles.

Like Israel of old who wanted “a king like other nations,” they are forsaking leadership of God through decent Christian men and opting instead for worldly people esteemed by those who know not God. Instead of being the salt and light that changes the world, Christians are letting the world influence them. And all this is at their own peril.

So that is who you should vote for: Decent, godly, born-again praying Christians who have a history showing that they will honor the Constitution and will begin the day on their knees before Almighty God. Who should you NOT vote for? That is pretty simple as well. Let me give an example:

If a man says he has never repented before God, if he says it is OK for men to go into the ladies’ restroom, if he insults others with indecent vulgarities, if he promotes violence with his words, if he says he belongs to a church that ordains homosexuals – then I submit to you that such a man is not a born-again Christian, he does not respect biblical morality or even comprehend common sense and decency. He has not patterned his life after the truth of scripture. He is in fact an ungodly sinner in rebellion against God and is on his way to perdition.

A Christian has no business voting for such a man. Such a one is more likely to drag our nation down to hell, where he himself is headed, rather than lead our nation upward to become what President Ronald Reagan described as a “bright city on a hill…built on rocks stronger than oceans, wind-swept, God-blessed, and teeming with people of all kinds living in harmony and peace.”

So make a difference. Honor the king, that is, honor the Constitution and the free America God has blessed us with by fighting for it with your influence. Do not check your religious convictions at the voting booth. We must show God that we desire godly leadership else God may let us lose what we don’t care to keep.

A nation that no longer believes in the essential importance of electing godly leaders will be doomed to finding out the hard way how important that was. In the words of Alexis de Tocqueville “America is great because she is good. If America ceases to be good, America will cease to be great.”

And that is the politically incorrect political sermon you will likely never hear.